In Iraq, Josh Laine, now a Marine combat Veteran, went through a series of courageous moments in his tour. Now in the wine business, Josh is an entrepreneur with a mission to bring “honor, courage, and bravery” into the civilian life with the work that he does post-war.

We bring some of these moments to the Stories of Courage series.

With enemy soldiers coming to take Josh’s life, he found himself laying down rounds of ammo, watching buildings collapse. Josh took bold action to protect his troops. He alluded a saying “Shoot first ask questions later.” This was a situation where shooting was probably the best option.

Self-discipline in the form of courage

Contrast that with the second story that Josh shares. He had what looked like enemy troops in a vulnerable position. He had every right according to protocol to shoot these men. A part of him said to do it and another part of him said, “Wait.” This was a moment when courage took another form.

Less forgiveness in the business world

This self-discipline form of courage comes up more often in business world. What that looks like is breathing, assessing the situation, recognizing that it may not be an emergency, then taking action on what has been thought over. This is for one simple reason, in the business world there is less forgiveness.

Do you have any feedback?

Leave a review for the show 🙂

Are you a fan?

I would love for you to leave a review! I read every single review and sometimes I feature reviews on upcoming episodes. 🙂 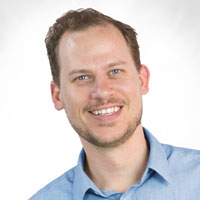 Samuel Hatton is a fellow seeker of courage & confidence. He works with all types of career professionals & individuals to build confidence, set goals, change habits, and be accountable to their higher self. Full-time, he builds lead generation marketing engines in the IT services industry. Contact Samuel

Here’s what others are saying about this goal setting process:

I loved it! I think everyone should do it every year.

The biggest takeaway was writing goals out, putting them to paper, and then reflecting on what I just wrote.