Andrew Fitzgerald shares his story of courage about taking a leap of faith. He overcomes fears and takes courageous action with confidence. He has listened to the Courageous Self-Confidence podcast for years and still finds inspiration from it.

Born and raised to in County Cork, Ireland, Andrew dreamed of living in America to pursue his amateur pro golf dreams. He’s in his mid-forties, married with a new son, Alfie. His family still lives back in Ireland. He started playing soccer and golf at an early age, but shifted his focus to golf and hasn’t looked back He’s won All-Ireland medals (1 gold , 2 silver, and 1 bronze).

Andrew works as a full-time career professional in the consumer packaged goods industry. He absolutely loves helping customers hit their goals and objectives.

Andrew travelled to San Diego, California (USA) and fell in love with the place. He set a dream that one day he would move there.

He did it. He moved to USA. Though physically organized, he wasn’t emotionally organized. In “the States”, he fulfilled a life-long dream by pushing himself through all kinds of mental barriers and entering PGA Tour School. According to him, it was the best week of his golf life.

A few short months later, with feelings of home sickness, he gave up on his planned future in America and moved back to Ireland.

Three weeks later, he realized what a mistake he had made to abandon his San Diego permanency plans. He knew he would regret it in old age so, he moved back and has (as he puts it) “flourished” since.

Andrew discovered the Courageous Self-Confidence podcast and found it to be a “shot in the arm” to his own self-confidence. He’s kept it in his personal playlist to help reinforce following his dreams and taking more leaps of faith in the future.

How to submit an iTunes review for the show

Are you a fan?

I would love for you to leave a review! I read every single review and sometimes I feature reviews on upcoming episodes. 🙂

Samuel Hatton is a fellow seeker of courage & confidence. He works with all types of career professionals & individuals to build confidence, set goals, change habits, and be accountable to their higher self. Full-time, he builds lead generation marketing engines in the IT services industry. Contact Samuel 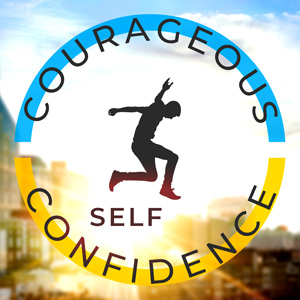 Here’s what others are saying about this goal setting process:

I loved it! I think everyone should do it every year.

The biggest takeaway was writing goals out, putting them to paper, and then reflecting on what I just wrote.